In addition to its rarity, it is elusive. There were no records between 1980 and late 1987. A survey by the Royal Society for the Protection of Birds (RSPB) and the Nigerian Conservation Foundation (NCF) from 1999 to 2002 indicated an estimated population of around 2500 individuals – a contraction of 66% since the 1970s. The most recent records within the IITA Ibadan campus were in 2016 but the current population is unknown. 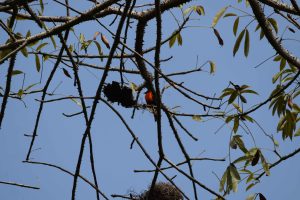 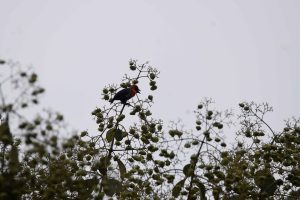 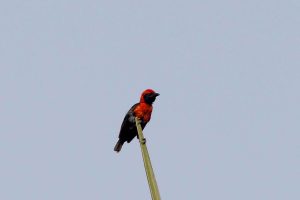