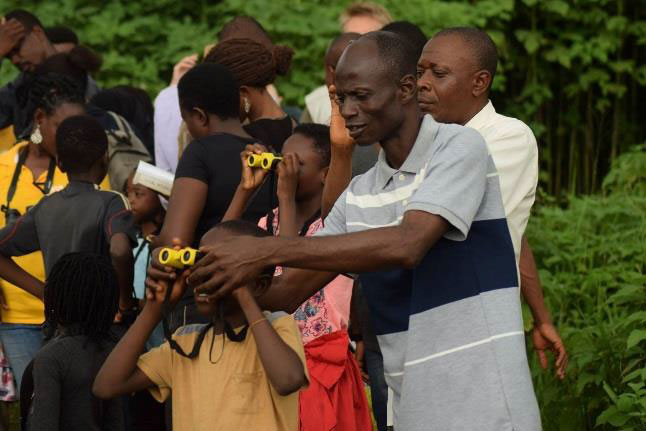 The Ibadan Bird Club (IBC) is a citizen science initiative, which is coordinated by the Forest Center as an activity of the AG Leventis-funded bird monitoring project. The club attracts members of the general public with varying levels of interests and ages. Members share ideas about biodiversity conservation but birds are the focal species. Members are trained in bird identification using various equipment such as binoculars, telescopes, and bird song recorders. Meetings are held on the last Saturday of every month and membership is free. Children between the ages of 7 and 12 years are referred to as the IBC Juniors and are given special attention during bird watching— most IBC Juniors are members of the SCCs in the Ibadan Area. The June 2018 meeting of the IBC was held at the Old Farm of the University of Ibadan, during which 58 birds, distributed across 24 species were recorded. The IBC has a Facebook Group Page for reaching a wider audience. See the link below for more information. https://www.facebook.com/groups/653034744862182/ Mr Amusa Ogundipe, SCCs coordinator at the Ansar-Ud-Deen High School, Ibadan, demonstrating the use of binoculars to an IBC Junior during the IBC meeting at the University of Ibadan, 30 June 2018. Photo O. Olubodun.